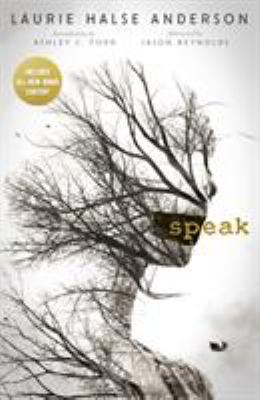 “Speak up for yourself – we want to know what you have to say.”

From the first moment of her freshman year at Merryweather High, Melinda knows this is a big fat lie. Melinda Sordino used to be one of the popular girls, until she busted an end-of-summer party held by her best friend, Rachel, by calling the cops. Now she is an outcast –  her friends and even strangers all hate her. As she becomes isolated and stops talking altogether, she only feels comfortable in her art class. She works on an art project that she is finally able to face what really happened at the party: she was raped by an upperclassman, who still attends to Merryweather and threatens her.

I have mixed feelings for this book and I could discuss it for hours. Some readers say this book was horrible because most parts of the book is completely tangential to what actually happened. But I think this story was very delicate to write about, and Anderson beautifully expressed how Melinda viewed the world. I deeply related to them as a friendless teenager and was never bored of it. Since I saw so much of myself in Melinda and it made me feel normal, it was very painful to see her being forced to maintain a puppet version of herself as she fell apart.

This book also realistically focuses on the failures of the American education system. In school, with more lessons about sexual education and more discussions on the topic of consent, a high schooler rapist would not exist. In the family, Melinda’s parents only cared about her failing grades and kept stressing her, although they quite knew something was wrong with her. This story really made me think about this society and myself. Would recommend it to anyone, especially teenage girls 🙂