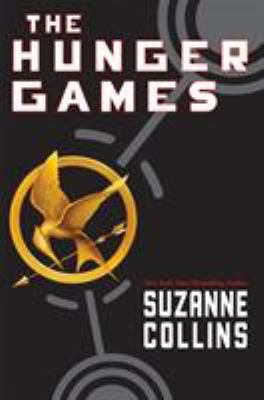 In the world of The Hunger Games, the districts are extremely poor, while the Capitol hogs all the money. The Capitol even turns the suffering of the districts into a game, thus pitting the Districts against each other. This is very similar to how real life oppressors keep oppressing those below them, by pitting them against each other to distract them from the real threat, the oppressor themselves. Even the revolution is realistic, at least, more realistic than a lot of the other revolutions in the YA category.

Katniss Everdeen’s character is also very well written. In the YA genre, there is a lot of poorly written female protagonists. Bella Swan is codependent on Edward, Clary same with Jace, Tris is inconsistent and ect, ect, ect. However, Katniss is more or less consistent. One of the things that she has that the others don’t is meaningful relationships with other female characters, like her mother, her little sister Prim, Rue, Johanna, ect. In this way, she doesn’t become a representation of her entire gender, like some do (Hermione at times, Clary all the time, Leia from Star Wars, I could go on). While she does claim to be ‘not like other girls’ at one point, it isn’t her entire personality and she does have a lot to deal with over the course of the story, so it is understandable.

YA is made up of a lot of romance. Some of which very, very toxic (Bella and Edward, Clary and Jace, Feyre and Rhysand, ect) or very, very bland (Thomas and Teresa/Brenda, Tobais and Tris, Alina and Mal (they’re better in the show, trust me)). However, Katniss and Peeta have a very genuine relationship that I actually really enjoyed (for this section, I will be ignoring Gale, who wasn’t even supposed to be a love interest, Suzanne Collins’s editor forced her to do it). Katniss does what she can to protect Peeta even when she doesn’t know how she feels about him. And Peeta is very respectful and kind to her even when she is being very prickly. He is one of the best love interests from that time period, as he never once displays any toxic masculinity (unlike Rhysand, Jace, Edward, Rowan and Mal from the books).

This was one of the books that got me into reading, and I love it for that. I could have started with Twilight and absorbed some horrible messages. Even today, The Hunger Games relevant and one of the best titles from time period. It’s just a shame that the rip-offs that it inspired just were not nearly as good. And yes, I do absolutely believe that Katniss Everdeen should have been played by an actress of color. I know Jennifer Lawrence was very good at capturing the essence of her character, but it would have added another layer onto an already super multi-layered story.