Daughter of the Deep Rick Riordan 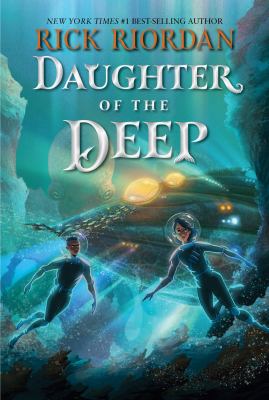 Daughter of the Deep by Rick Riordan

Daughter of the Deep By Rick Riordan

Rick Riordan is widely known for his books about various mythologies, like Greek, Roman, Egyptian and Norse. However, his most recent book, Daughter of the Deep, is not focused on mythology. It is a science fiction novel focused on the ocean and marine biology. Even though this book is nothing like his other novel, it still has his signature touch of humor, action and likable characters.

Rick Riordan’s writing style is very accessible to both younger children and older people alike. With simple wording, flowing writing and great humor, it’s not a wonder that his books are such a hit. And this book is no exception. Even though Daughter of the Deep does not feature mythology or magic, it contains Rick Riordan’s signature style. While Daughter of the Deep is a retelling of Jules Verne’s novel Twenty Thousand Leagues Under the Sea, you do not need to read that book in order to understand this one.

The characters of this book are also extremely well written. Two examples are Ana and Ester. Ana Dakkar is Rick Riordan’s first female character to narrate her own book completely on her own. Little to no instances of stereotypical ‘men writing women’ are present in Ana’s narration. Rick Riordan also does not shy away from the fact that even fictional female characters have periods, something that even many female authors do. Ester is also a good, non stereotypical portrayal of an autistic character. She is never made into the butt of the joke by the narrative and her intelligence wasn’t her sole defining factor.

Disclaimer, this book is not a stand alone and there will most likely be a sequel. The only problem is that there is no confirmation or information on when further the release dates will be. Fans of underwater exploration, science fiction and other books that Rick Riordan has written will enjoy reading this underwater adventure.