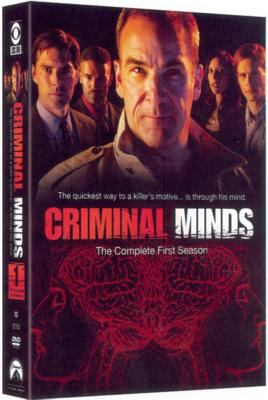 If you enjoy thriller, mystery-solving, or anything amongst those genres, the on-going show, Criminal Minds, might be for your taste. It’s a series of cases that the FBI Behavioral Analysis Unit takes on and tracks down the most notorious killers. They were designed specifically so that it focuses on how their mind works, and with a dynamic team made up of people who excel in different fields, it really is a great show to watch. However, I do recommend that the older audiences watch it as the language and violence may not be suitable for younger viewers. Nonetheless, if you take interest in psychology or behavior in general, you’ll come to love this show, along with the others who are there for the dark twists.

Each episode has its own crime with its own trail of mysteries, and the last few episodes of each season always has you on the edge of your seat, wondering if any will fail to see another day, or if any will be able to catch the culprit before it’s too late. Every character has their own strengths and weaknesses, which is what makes it so realistic and brings more humor to the audience. Some are loud and a bit obnoxious while others prefer to be on the sidelines, but still contribute a lot to the team. The team is like a family and resembles that of a group of good friends who just can’t seem to tire each other out, regardless of how many times they swore, they were on their wits end. While the scenes are not sugar coated and can get very bloody, it is still a great show that holds its popularity to this day. There are some underlying lore to each character to set aside from the actual crimes, which may interest many.

I absolutely adore this show and the character growth is there, whether you can sense it or not, you can definitely feel the bond getting stronger as time passes by. It’s a great show, and everyone fits with each other so well and the little silly fights they have has brought something that seems humane during scenes that are so brutal and gory. However, they still do manage to get into actual fights, which also brings out the realism that friends still fight each other due to their differences, but they manage to resolve it responsibly in the end, just like how most friends do. If you’re all about multi genres and don’t care much about the vulgar language and its violence, then I highly suggest you go check out the show. It gets better as the seasons progress, and you won’t regret trying it.