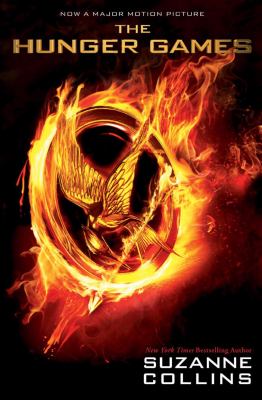 I’m returning to my middle school years with this book. Anyways, The Hunger Games by Suzanne Collins is the first book of the Hunger games series. The book follows Katniss Everdeen who volunteered as a tribute to the Hunger Games, where citizens from different areas, or Districts fight until one remains alive. The competitors are all put in a giant ring where they have to fight against their environment and competitors with even artificial natural disasters. She had volunteered to save her little sister Prim from being possibly killed in the games, and had another person from her District, Peeta competing with her. As she triumphs against each new struggle introduced in the game, she learns to amp up the romance between her and Peeta to get more support and resources from wealthy viewers. Eventually Katniss is able to win along with Peeta by threatening to kill herself and Peeta with poisonous berries so there will be no winner at all as an act of defiance.

I enjoyed this book as a middle schooler who just discovered their dystopian novel phase. And I still enjoy it now; the book has a simple premise and interesting character conflicts, most interestingly between Peeta and Katniss who had to create the farce of a relationship despite knowing next to nothing about each other. The action is thrilling and had me wondering if the characters wouldl be able to survive. The end of the book introduces a much larger conflict outside the battles of the arena, where Katniss and Peeta would have to fight the system instead that condemned them to fight in the arena in the first place. It however is overshadowed by the rest of the series where the plot diverges from its main premise and introduces a love triangle. The love triangle is not as bad as those such as Matched and actually has a purpose in demonstrating the conflict that Katniss has. Gale represents the much more violent forms of protest against those in power, while Peeta represents more peaceful forms. But in terms of pacing and the payoff of reading all three books, it is not worth reading the entire series. It tells the tale of oppressive governments held by the wealthy few, but does not do much with the concept and focuses on the internal conflicts between the characters. .