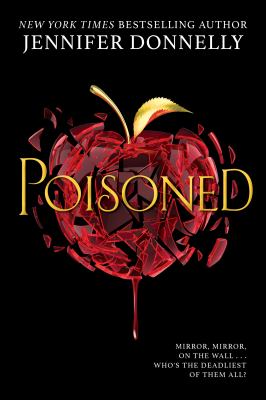 Everyone knows the tale of Snow White and the Seven Dwarves. Most would say the tale is about an evil queen who kills her stepdaughter. However, others would think that it is about how fear consumes our hearts until there is nothing left. Those others would include Jennifer Donnelly, the author of Poisoned, a Snow White retelling with a brilliant character arc for our protagonist Sophie, and a setting where nothing and no one are what they appear to be at first glance.

Princess Charlotta-Sidonia Wilhelmina Sophia begins this story as an innocent, naïve and insecure girl. She is also a victim of verbal abuse from her stepmother, Queen Adelaide. Adelaide made her feel worthless for her emotions. She told her to be strong or else no one would accept her as a ruler. However, throughout the course of the story, Sophie matures. She loses her innocence and grows up. She sees the horror that her stepmother inflicted on the people of her kingdom. When she loses her old heart to the huntsman, she takes pride in her new clock made out of clockwork (courtesy of the seven dwarves) and doesn’t hide from her feelings. Rather, she uses these feelings to better rule her kingdom. She becomes a leader who leads with kindness rather than violence.

In this book, no character is as they first appear to be. The naïve and fragile Princess Sophie became the kind and just Queen Sophie. The ruthless huntsman who took her heart is a man plagued by regret. The wicked stepmother is a female ruler trying to hold her own in a world dominated by men. A scary spider can be a kind and gentle chef. A thief who steals gems from graves can have a heart of gold. Prince Charming can be a ruthless opportunist who would go to any means to accomplish his goals. A reserved archer can be a selfless and compassionate young man. A young, sickly girl can be wise beyond her years. And the real villain is someone who the audience will never suspect.

With a brilliant character arc for the main protagonist, plot twists the audience will never see coming, and wonderful messages that can be taken into the real world, Poisoned by Jennifer Donnelly will not disappoint! I think that we should all try to do what Sophie did, fracture the fairy tale that was set out for us, refuse the poison that was made to kill us and find our hearts.