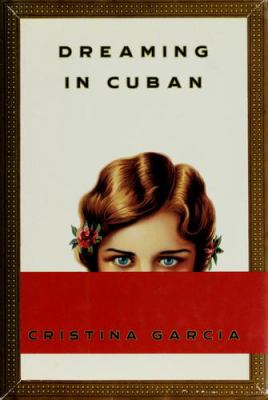 Dreaming in Cuban by Cristina Garcia is a magical realism novel about a Cuban family during Fidel Castro’s revolution and rule over the years. The internal struggles within the family are discussed, both within the characters and between family members. For instance, Celia, the family’s matriarch struggles with never marrying her first love and unhappiness; she also is a huge supporter of Castro. Celia’s daughter, Lourdes has daily conflicts with her own daughter, Pilar; Lourdes is heavily against Castro and struggles with the neglect from Celia. Celia’s last daughter, Felicia suffered abuse from her ex-husband for years and madness. Celia’s son, Javier forged a completely different path from the rest of his family, leaving Cuba to another country and starting a family of his own. Later, tragedy seems to individually strike each family member, starting with the death of Celia;s husband, Jorge.

Throughout the book there are themes of generational trauma, which recently is seen more in media today such as the movies Everything Everywhere All At Once or Disney’s Turning Red. The tragedies that all the older characters had to go through and the unhealthy coping strategies used is contrasted with the latest generation such as Pilar, who turns to a more healthy coping mechanism. For instance when Pilar finds out her boyfriend was cheating on her, she chooses to cope by learning how to play an instrument instead, when in contrast, when her aunt Felicia experienced infidelity from her husband, she responded with violence.

Dreaming in Cuban has a beautiful writing style and imagery that allows the reader to experience every up and down the characters experience. The novel has more of a message to tell rather than a story. There isn’t much of  a narrative in terms of the traditional format of exposition, build-up, climax etc. etc, but the characters still go through change and more is discovered about them. Many questions are left unanswered, and perhaps for the best. I would recommend this book if you’d like to see what the author would like to say about family, trauma and what it was like in Cuba in the 1950s, but not if you are looking for a story.